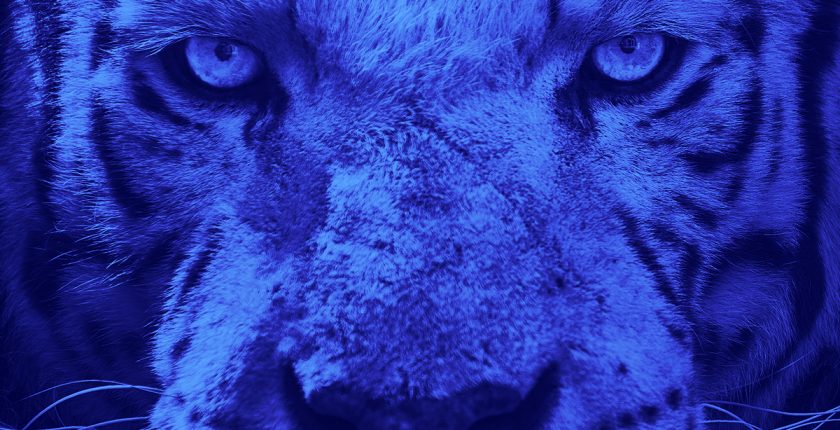 The Elephant, The Tiger and The Wolf: My 2021 Year in Review

It’s taken me a while to write this. I mean, whoever heard of an annual review of the previous year written in March?! It’s a crazy time for all around the world at the moment. As I write this, the current Ukraine conflict rages on the TV in the background and the irony is not lost that as a human race we’ve gone from one global disaster to another. Strange isn’t it that over the thousands of years we’ve been around we’ve evolved so much – we can launch ships to far away planets, build artificial intelligence – but still somehow haven’t figured out how to manage our greed and find a way to all live in peace.

Perhaps that’s for my 2022 review, and yet I hope that this is all resolved very quickly so it’s only a few lines in that review.

So, first things first. I make occasional predictions about the industry and the economy based on what I can see is happening with our recruitment data. I’m probably right about 70% of the time, but in my last review I suggested things would be steady until about September. We know now that was most certainly wrong. Work, business, jobs, bookings, however you want to shape it, started ramping up about this time last year and we’ve only just come up for breath. Business came back with a boom! We’ve not finished our current financial year but as of the end of 2021 we were around 20% above pre-pandemic levels. Now that’s something I could not have predicted. Got that one massively wrong. We’re in for a record year.

Anyway, let’s go back to the start of 2021. I focused a lot on being as lean as possible. I made the analogy – most of you know I love an analogy! – that in prior years, we were trying to be the elephant in the jungle, trampling and bulldozing our way through. Given our size and background, we were a baby elephant, but still, we wanted to barge through everything. What we lacked in size, we made up for in ambition and courage. But unfortunately there’s only so much weight we can administer, so we had to change tactics – we had to become the tiger: lean, stealth-like and very targeted in our approach when moving through the jungle.

Business-wise, this meant continuing to be as lean as possible and I was very sad in the early months to lose another member of the Wave team to redundancy, a long-term employee who’d been with me on this journey for nearly ten years, very much a part of the business and well known in the industry. We also slimmed down our office location, moving (again) to a smaller, more hybrid set-up. From there we began to set out on a journey to focus very squarely on the business we wanted rather than a wild free-for-all.

The strategy worked and business started to pick up. The subscriptions to WaveTrackR came back, more websites were ordered and built than ever and media just started to fly again. Market conditions improved dramatically as the Covid vaccines were rolled out at pace and jobs available in the market steadily increased while candidates seemed reluctant to move.

For me personally, I was back on the frontline of media. It’s part of the business that I’m most familiar with, so in the absence of anyone else I settled into the temporary position of Media Director and looked after all the media buying for the business. By the summer, work had returned so much that I was booking the same amount of work that in 2019 we had 3 people doing! A LOT of early starts and late nights was the only way to do this but it was hugely enjoyable and I was back doing what I had been doing 20 years earlier. Funny how the boards may have changed but the general practice hasn’t. People want great deals, good service and clear communications.

Tech-wise, we’ve finally launched a new version of RecWebs – lots behind the scenes that’s not completely apparent to the naked eye, but we’ve made the sites faster, easier to update and with more design options one offer. It’s taken a while to complete and the real impacts of this won’t be seen until later this year but it’s a huge step forward to be making websites that attract more clients and candidates alike.

WaveTrackR-wise, we spent a lot of time last year building our Vincere integration. It was much quicker than Bullhorn but these things always take a while as you’re blending one piece of tech into another. I’m pleased to say that we managed to get that live and it’s a really lovely looking integration. There’s much more to come on both our integrations, including updated analytics and CV Search both dropping in 2022. The development of all these products just never stops. It’s really stressful at times – as you can imagine, the ideas come so much faster than they can be executed – but it’s amazing when you see it all working as it should.

In the latter part of the year, we started rebuilding the team again. We welcomed Rebecca, Libby, Ruby and Merci into the fold and these reinforcements couldn’t have come quick enough as the market at the end of last year just went crazy – unsustainable but so much fun! We’re in March now and things are still really busy but it’s calmed down a lot.

I couldn’t end the year without touching on the sad news that Tom Mehmet passed away. Tom had been a 10 year veteran of Wave and was much loved. He’d left Wave at the end of last year but we were still very much in touch. In his day he was the best sales person I’ve ever been around and was a good friend. He constantly brightened up the office with quips and jokes and always had a dramatic story about one thing or another. He was naturally engaging, a real Waver. He was missed when he left Wave and will be even more missed now. Tom always was on my wavelength when it came to Wave and we’d often share ideas and plans, getting equally excitable as we did. He was our original Wolf of Wall Street, and his memory will live long at Wave.

Onto 2022 and we forge ahead again. Product updates in a new and improved CV Search, enhancements to the way we post jobs, and a whole host of new RecWebs websites will mean it’s an exciting time. More media deals to be done and making sure that clients are using the right media to attract the best candidates. My final prediction: 2022 will be a good year!